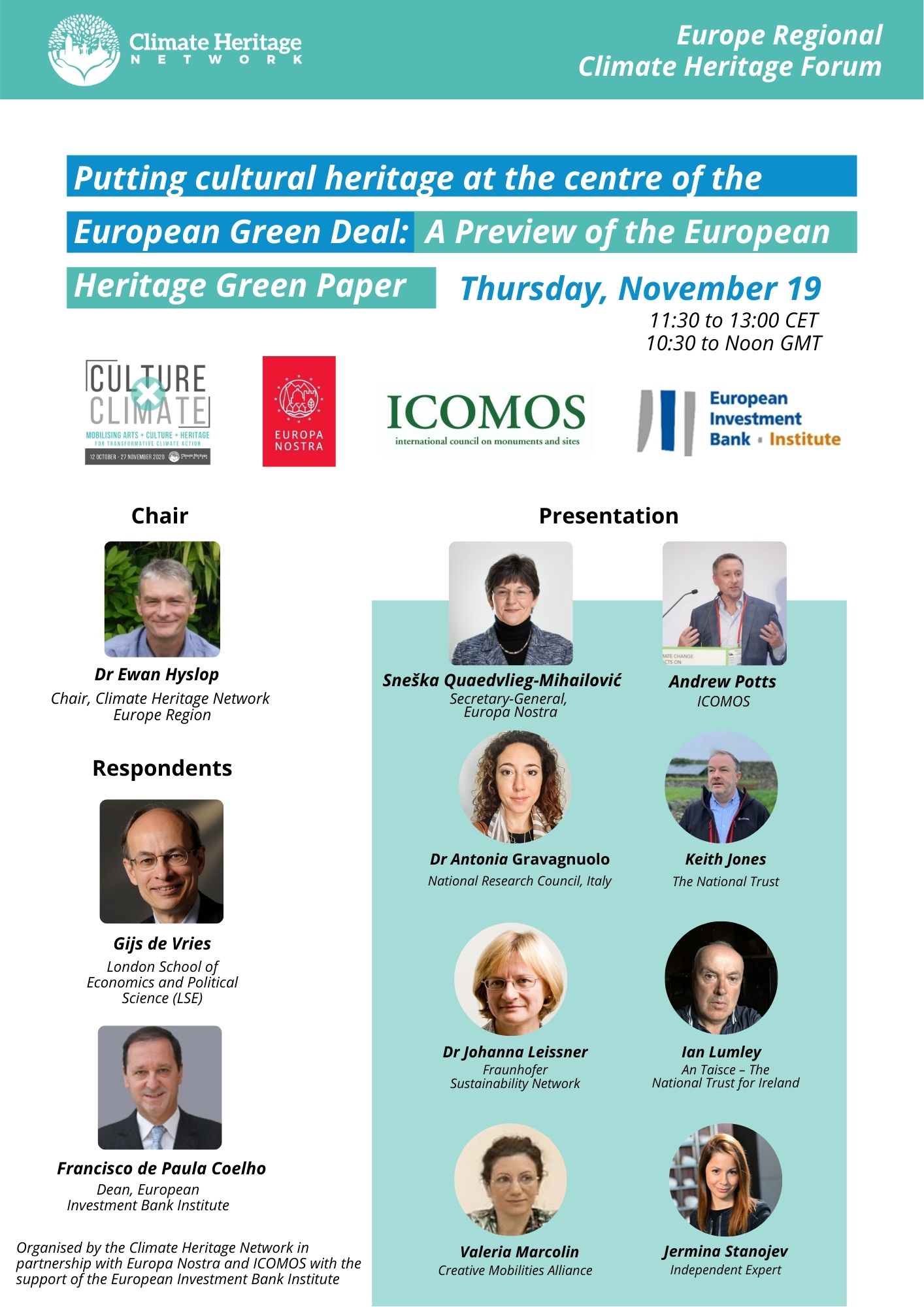 As part of the Culture x Climate Regional Climate Heritage Forum series, the Climate Heritage Network Europe Region is partnering with Europa Nostra to preview the European Heritage Green Paper. The Green Paper is designed to lay out the power of cultural heritage to contribute to achieving the EGD’s ambitions and to mobilise the heritage community to realise that potential. It offers a template for transformative climate action by the cultural heritage sector around the world.

The European Heritage Green Paper has been developed by Europa Nostra in collaboration with ICOMOS and with the support of the European Investment Bank Institute as well as Members of the project’s Expert Advisory Group. CLIC team members, Antonia Gravagnuolo from IRISS and Jermina Stanojev from Uppsala University are two members of the project’s Expert Advisory Group. The project is led by Andrew Potts, ICOMOS, and Europa Nostra Secretary-General Sneška Quaedvlieg-Mihailović.

The event Putting Cultural Heritage at the Centre of the European Green Deal: A Preview of the European Heritage Green Paper, held on 19 November 2020, had an aim to give a preview of the European Heritage Green Paper. Both, Antonia and Jermina participated to the event in order to address participants’ questions about the draft paper. A reflection on Green Paper project was offered by Gijs de Vries, senior visiting fellow at the London School of Economics and Political Science (LSE). Reactions were also presented on behalf of EU Institutions including Francisco de Paula Coelho, Dean, European Investment Bank Institute.

The Green Paper is planned to be formally issued in the coming months and will be widely disseminated to the EU Institutions and other stakeholders concerned with the European Green Deal.