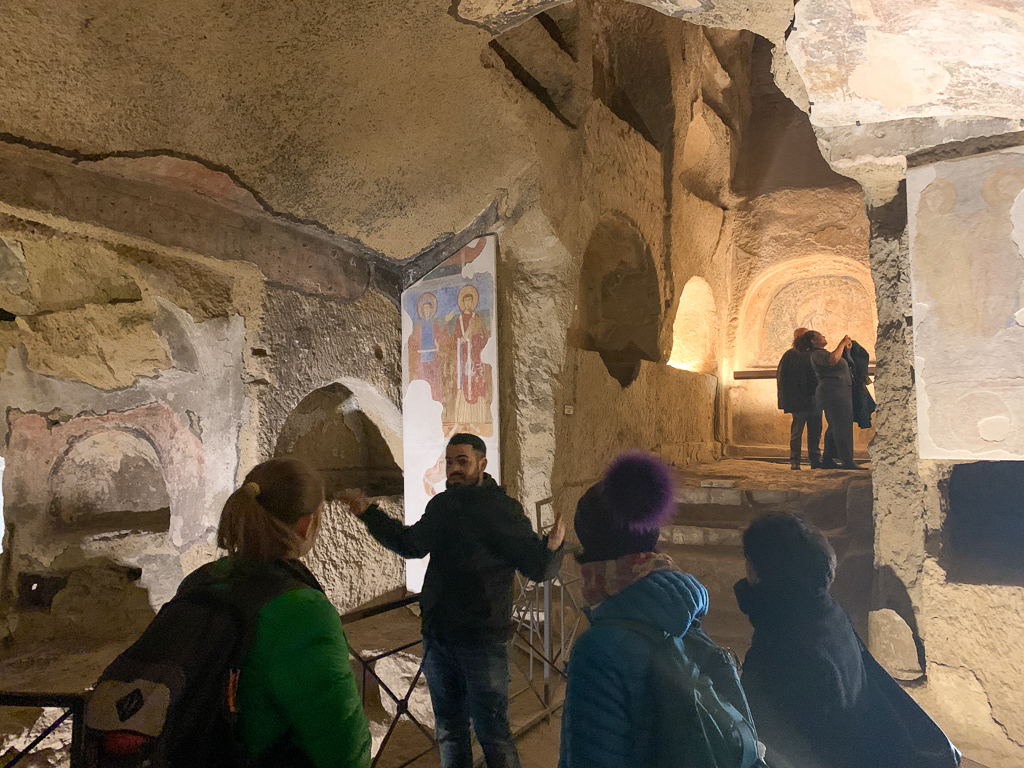 The implementation of the circular model to urban regeneration strategies requires a paradigm shift in which all economic values co-exist and co-evolve with social/human values, thus allowing the implementation of a human-centred strategy. Therefore, the new human-centred circular regeneration strategies must consider the impacts they have not only in terms of the physical transformation of space but also on the social level.

The best practice of Catacombs of San Gennaro, included into the Database of Best Practices presented on the final CLIC Conference of the Horizon 2020 project CLIC “Circular models Leveraging Investments in Cultural heritage adaptive reuse” (online on Wednesday and Thursday 22-23 September 2021), is a good example of the above-mentioned paradigm shift. The Catabombs are an archaeological site/religious heritage located in one of the most densely populated and characteristic neighbourhoods of Naples, the “Rione Sanità”. The site is managed by the social cooperative ‘La Paranza’, formed by young people, after being recovered thanks to the collaboration of “l’Altra Napoli” Onlus, Don Antonio Loffredo, and the cooperatives and citizens’ associations already present in the neighbourhood. It is a cultural, social and economic revolution promoted by local people with an intervention of social inclusion and enhancement of a common good for the development of a community in a particularly difficult area. Since 2006, La Paranza has been helping to revitalise the city’s image by rediscovering the artistic and cultural heritage of a working-class neighbourhood steeped in history and charm.

Residents have increased their awareness of the value of their heritage, of the favourable strategic position of Sanità District with respect to the centre of Naples (re-establishing a connection rather than feeling isolated). The community and the neighborhood have entered into an osmotic relationship with each other, generating a virtuous process that has allowed the neighborhood to open up to the city. In this perspective, the strategic project is translating into action on the physical space and on the community one of the principles of circular economy: transforming waste into resource, generating value from waste, improving the quality of life in the neighborhood.