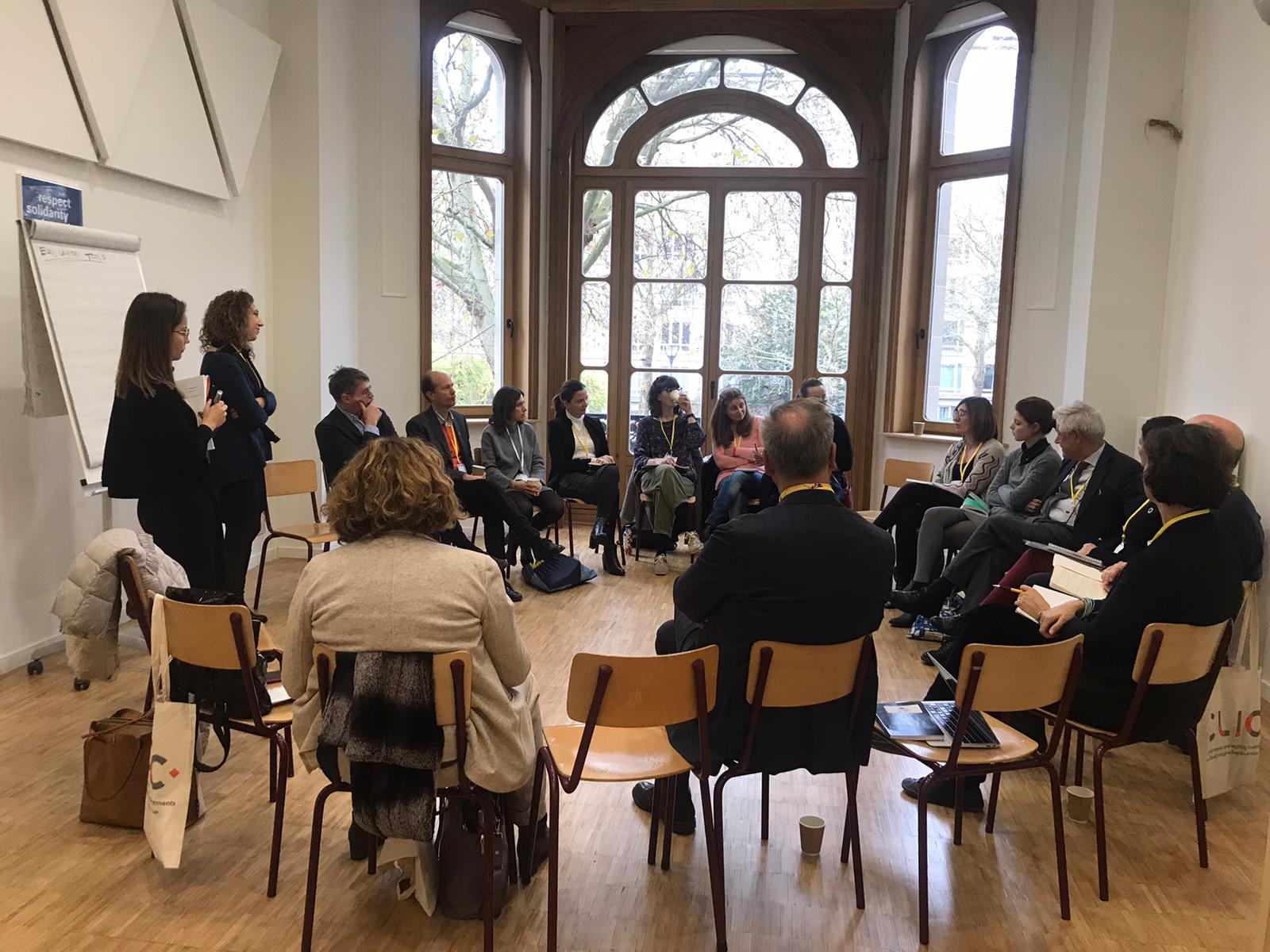 On 21 November, the 31st edition of Breakfast at Sustainability took place at the ICHEC Brussels Management School, hosting the second meeting of the Taskforce on “Circular Models for Cultural Heritage Adaptive Reuse in Cities and Regions”, stemmed from the CLIC project, sharing its overall objective and enlarging its scope to a wider community of innovators in cultural heritage.

Breakfast at Sustainability’s (B@S) is a series of meetings organized by ICLEI Europe Brussels Office, hosted by local, regional and national governments represented in Brussels, involving delegates from the European Parliament and the European Commission, with good practices shared by European cities. One of the of ICLEI‘s most climate friendly and prolific initiative, B@S takes place multiple times per year and focuses on Europe’s leading, ongoing urban sustainability discussions.

This edition emphasized the key role of the adaptive reuse of cultural heritage in the implementation of a circular economy, by showing the first results of the Taskforce, officially launched last November during the Fair of European Innovators in Cultural Heritage, building on the legacy of the European Year of Cultural Heritage 2018, that brought together sectorial European institutions (DGs) to recognize the cross-cutting role of culture for sustainable development.

The overarching goal of the Taskforce is to create a community of research and practice players focused on cultural heritage adaptive reuse as a strategy for the implementation of the circular economy in cities and regions, stimulating more effective dialogue and creating operational synergies between the cultural, social and environmental sectors. The Taskforce promotes exchange of knowledge, tools and approaches fostering urban circularity, increasing regeneration and stimulating equitable, inclusive economic growth and people’s wellbeing.

One year after the Taskforce first met, it convened once more in ICLEI Member Brussels (Belgium) on 21 November 2019 as a Breakfast at Sustainability’s event. The session collected information on innovative models and tools developed by participant organisations across several topics, including:

This second meeting marked a key opportunity for varied stakeholders to join forces to showcase what is being done in the field of circular and creative cities. This interactive session –supported by ICLEI Europe, ICHEC, and IRISS CNR– engaged further on these topical issues.

Last but not least, during the meeting was presented the CLIC Knowledge and Information Hub Platform developed by FacilityLive, an open digital platform organizing and making available information related to a wide range of best practices in cultural heritage adaptive reuse.