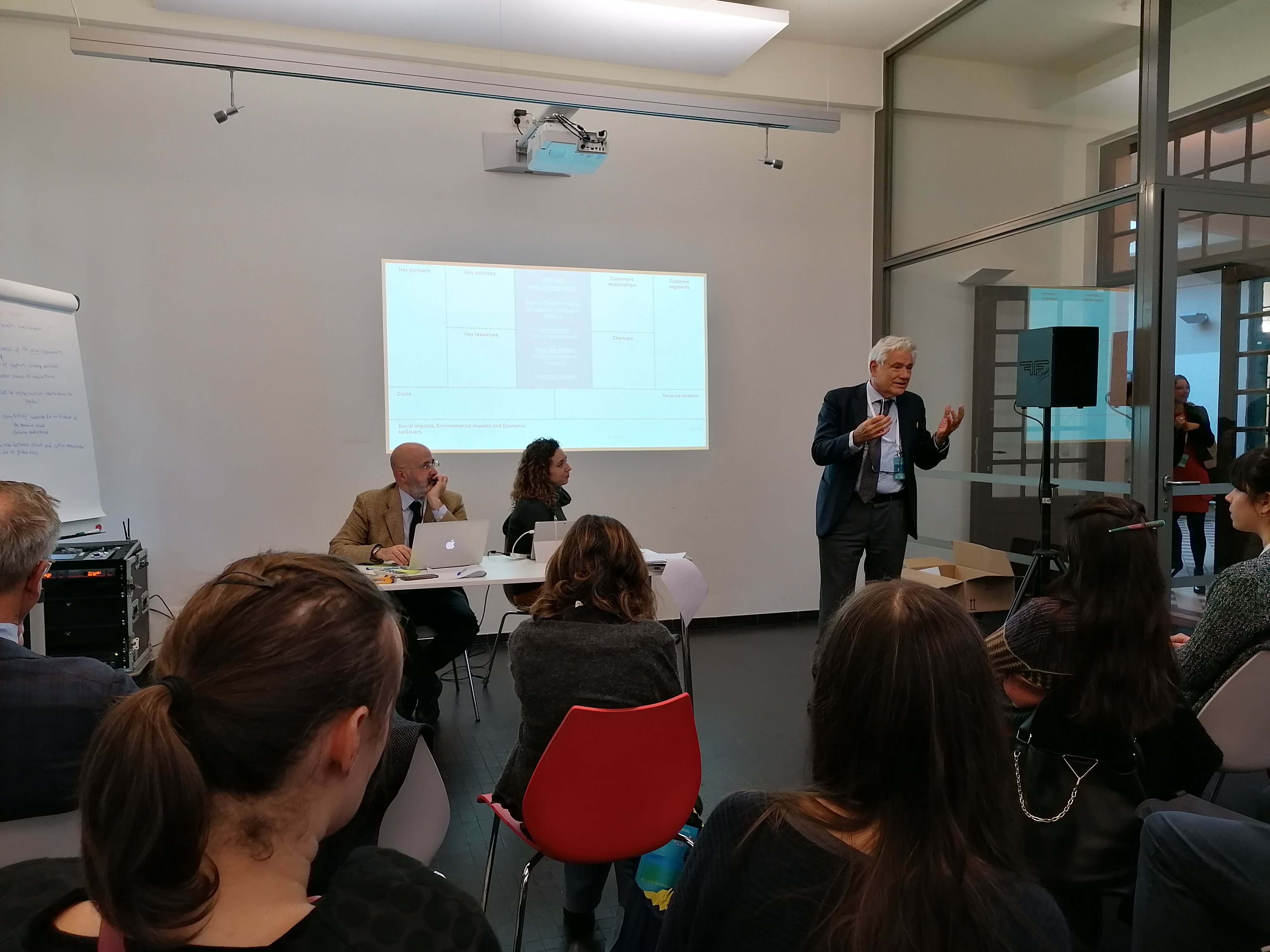 The ILUCIDARE Playground afternoon programme was jointly developed with CLIC and the Horizon 2020 projects ECHOES, ROCK, and RURITAGE.

The programme included the CLIC session “Intrinsic value of cultural heritage as driver for heritage-led entrepreneurship”, moderated by Raffaele Lupacchini, from Municipality of Salerno. This workshop involved stakeholders in CLIC cities and region: Salerno, Rijeka, Amsterdam, Västra Götaland region, as well as other cities, to discuss ways in which the intrinsic value of cultural heritage can be recognized by local communities and can act as driver / enabler of new heritage-led entrepreneurship, valorizing the uniqueness of local cultural expressions. The CLIC city of Salerno, Italy, shared the experience of the Heritage Innovation Partnerships which led to the co-development of a strategic cultural project for the city, founded on the intrinsic value of the Historic Medical School of Salerno and its potential recognition within the European Cultural Routes, linking with other European cities.