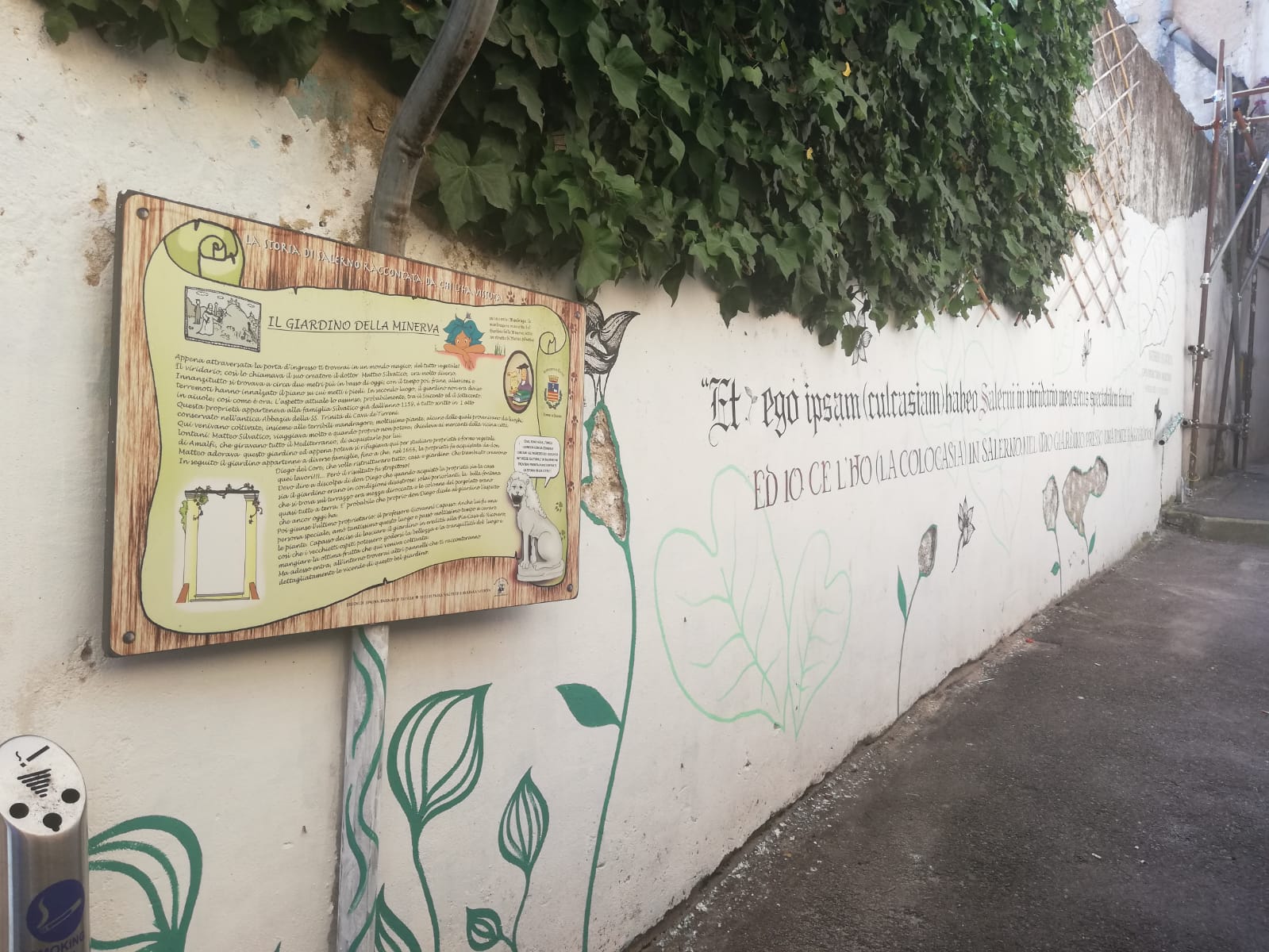 The “Giardino della Minerva” is a historic therapeutic botanic garden that has recovered the knowledge and places of the ancient Medical School of Salerno, in Italy.

This garden belonged in the 12thcentury to the Silvatico family, a descendant of whom, Matteo Silvatico, was an outstanding physician of the Salernitan School of Medicine, who distinguished himself between the 13thand 14thcentury as a great expert of  medical plants and herbs.

The Garden, located in the upper side of the Medieval town, lays on a terraced system on the slope of Salerno “Bonadies hill” and has a beautiful view on the historic city and the sea. Currently, it collects about 350 botanic species. The recovery of the ancient water system with canals and cisterns enables a wise use of freshwater from mountain springs.

The Giardino della Minerva is a remarkable example of adaptive reuse completely in line with circular economy principles. The extraordinary cultural value of this place has resulted in a first restoration work completed in September 2000 thanks to the Programme URBAN, through the European Regional Development Funds (ERDF).

In fact, it is now an interesting cultural attractor in Salerno (about 50.000 visitors per year), playing a key role in developing a European network of historic botanic therapeutic gardens with others located in Cordoba (Spain), Uppsala (Sweden) and Kos (Greece), plus others that are joining. Recently it has received a further grant of about 2 Million euros to recover another part of the historic garden, currently in abandonment.

Actually, the Giardino della Minerva is a public property owned by the Municipality of Salerno, which is managed by the local “Foundation of the ancient medical school of Salerno” with the cultural association Erchemperto. The Foundation receives funding from public and private actors and it represents an independent body that provides day-to-day management and maintenance, as well as economic self-sustainability.

More than 10 regular jobs have been created through the activity of the Giardino della Minerva, which conducts educational activities, trainings and includes also a café and herbal tea shop. Training and laboratories activities also for children from primary and secondary schools are held in the Garden, focusing on botany and medicinal plants.

The Giardino della Minerva contributes, with its scientific and cultural features, to the development of Salerno as “city of health” attracting residents, visitors and enterprises, leveraging investments by local Foundations and private companies, based in historic buildings reused in the historic city centre.