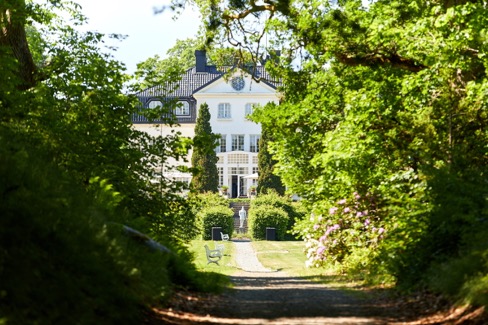 Region Västra Götaland is one of the first established regions in Sweden, formed in 1999. The region is similar to Sweden in general with the metropolis of Gothenburg, several medium-sized cities, smaller towns and urban areas. In the northern parts of the region is Dalsland landscape which are mainly characterizes the rural areas and villages. The region is responsible for regional development through business development, environment, culture and infrastructure planning. Västra Götaland has one of the country’s most ambitious goals in the environmental area and the goal of being a fossil-independent region in 2030. In recent years, circular economics has become an increasingly strategic direction to achieve that goal.

The CLIC project in Region Västra Götaland focuses on how, through models from circular economics, we will be able to protect and develop cultural heritage environment such as historical-industrial environments in rural areas and make them a catalyst for regional development and new companies while making environmental gains by “recycling them” and adapt their uses for modern society.

During the HUL conference we will visit two of the locations which is included as case studies in the project as CLIC. First, we will visit Gustavsfors mill where the old industrial district is being transformed into a hub of natural tourism in Dalsland. The second site visit will be in Fengersfors mill where the former paper mill was transformed into a cluster for KKN (cultural and creative industries/clusters) with around 40 companies that are active on the site and is turning into a growing destination for tourism visitors. This is a great example for local engagement and entrepreneurship in rural areas. Stakeholders from the other two locations in CLIC; Strömsfors and Forsvik will participate and present their places and challenges.
During the days we will also have the third a HIP-process with the local stakeholders.

The four examples are not unique to the Region Västra Götaland – the same processes occur throughout the rest of Sweden such as Europe and the world. Transformed cultural-historical environments have great potential to contribute to regional development. However, there are no developed business models to finance this. Another obstacle is the lack of coordination between different sectors of society. Cultural environmental protection must become better at working together with other sectors such as the environment and business development. This is an attempt to find the forms for in Västra Götaland.